10 Apr Top Places to Visit on a Trip to Greece

Posted at 10:12h in Europe by Andrew Wyatt 4 Comments
0 Likes

Greece is one of the most popular holiday haunts for Europeans and is among the top 20 tourist destinations in the world. Famous for its olive groves, scorching summer temperatures, perfect beaches and historical ruins, it’s not hard to see why Greece proves to be such a draw. I have vivid memories of sun-kissed teenage holidays on the Greek islands and would love to visit Greece again one day to explore more of this cultural and historical hub. 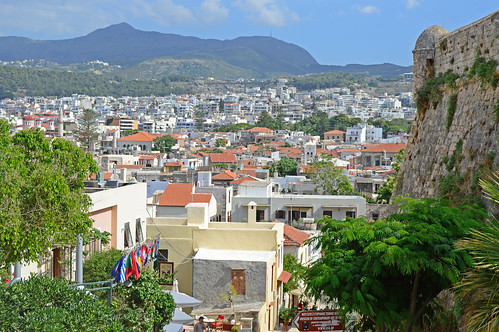 My Holidays in Greece

I got my first taste of travel in Greece while holidaying with friends as a teenager on the Greek Islands of Crete, Kos and Rhodes. We spent long days on the beach or by the pool, ate tonnes of bread and feta cheese and stayed up dancing all night in beach-side bars under clear, starry skies. My memories are laced with the taste of apple schnapps and shots of Raki, the smell of sea salt, the sound of waves lapping against the beach and cheesy 90’s pop tunes blaring from bar terraces.

These Greece holidays weren’t all about lazing around and partying though; I studied Classical Civilisations at school and was awed by a day trip to the Knossos ancient ruins on Crete. I took coach trips into the countryside and explored tiny hill-top villages, visited crisp white churches and hiked along the cliff-sides. As a University student I went on my first holiday with Andrew back to Crete, my favourite place in Greece. We took a day trip to the former Leper Island, Spinalonga, and learnt about the ostracised community that used to live there.

My Ultimate Trip to Greece

There’s plenty more we’d love to see while visiting Greece and hopefully we’ll get the chance as we tour around Europe in the future. Here are the top places we’d go to on our ultimate trip to Greece:

Athens is top of my list of places to visit in Greece. This city is one of the oldest Capitals in the world and is dubbed the birthplace of western civilisation. There’s so much history to be found in Athens, including the famous Parthenon, Agora, ruins of the temple of Zeus and the Acropolis, which has been designated a UNESCO World Heritage Site.

Down in the far south of the country in Peloponnese you can visit Olympia, the place where the very first Olympic Games took place. The area is full of Greek temples, ruins and forts as well as beautiful beaches and forests to explore.

Delphi is another UNESCO site and one of the most visited archaeological areas in Greece. In ancient times, people would gather at Delphi to pray to the gods and ask for advice; today you can see the ruins of the temples, hippodromes and theatres that used to stand there.

Santorini is one of the Greek Islands I’ve yet to visit and it looks stunning. Santorini is a volcanic island which is famed for its beautiful sunsets, black, white and red sand beaches and its active volcano. Santorini also has some rustic castles and monasteries to visit as well as cliff-top walks to take in the views. 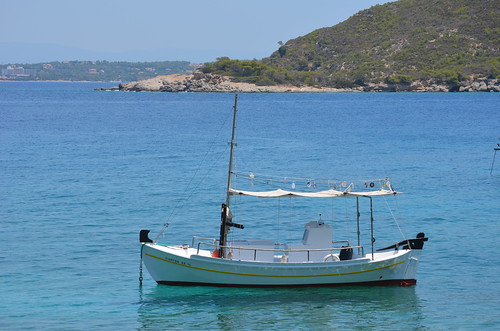 This island is famous as being the setting for the book Captain Corelli’s Mandolin. Kefalonia looks pretty magical with its green forests, white cliffs and jagged mountains; there are plenty of beaches to relax on and as it has a smaller population, Kefalonia is one of the quieter places to visit in Greece.

Have you been to Greece; what part of the country do you recommend visiting?