After going through a rough patch in Spain, we flew back to the UK to regroup. We celebrated our first Easter in years with family scoffing chocolate, completing some spring chores, visiting a friend in Devon and enjoying some home comforts. We also took the chance to do some serious travel planning for the next six months and we’ve come up with an itinerary that takes us from Spain through Eastern Europe and onwards to Asia. Making Easter cakes with our nephew in the UK

I’m writing this from our new apartment rental in Toledo, a medieval city and UNESCO World Heritage Site located just an hour outside of Madrid.  We’ve only been here a couple of days but we’re already very happy in this ancient hill-top city in our lovely apartment, which is right in the heart of the historical district, just steps away from a gothic cathedral. We’re overjoyed to have our own place (even if it did cost us more than anticipated) and we’re taking advantage of the peace, quiet and fast internet to get lots of online work done. We’ve rented our apartment until mid-May, but we’ll be leaving for a few days at a time to work with kids in English Immersion camps in Guadalajara, which is just north of Madrid. As always, we’ll be sharing our teaching experiences on the blog, as well as plenty of pictures and stories from our temporary home in Toledo. Although we struggled in Madrid before Easter, we’re determined to see this stage of our journey as a new start and given that we’re just an hour’s bus ride away from the capital, we’ll be venturing in to explore Madrid with fresh eyes.

Spain isn’t as cheap as we thought it would be so after we finish our immersion camps in May we’re moving to a more affordable part of Europe.  After hours of research on Airbnb and Skyscanner we decided to head to Split in Croatia, a country we’ve been longing to visit for quite some time. Split appears to have all the elements we love; it’s another historic UNESCO city full of windy narrow streets, it’s right by the sea and has good transport links to other parts of the country. 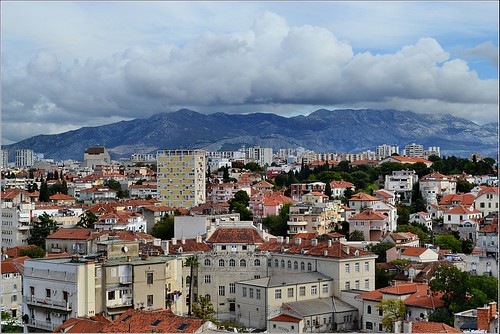 We’re renting an apartment in Split for six weeks and one of our key goals during this time is to focus on living simply and cheaply. Having a kitchen means we can keep food costs down by cooking many of our meals and we got a great discount on the overall rental price by staying for longer than a month during shoulder season in late May and all of June. That doesn’t mean that we won’t be exploring Croatia though; when we first arrive we have a few days planned in Dubrovnik and we’ll be able to take bus trips and go island hopping to other areas of the country during our stay in Split.

A Brief Tour of Eastern Europe

Despite living in the UK for most of our lives, we really haven’t seen much of Europe so we’re keen to do some more travelling once we leave Split. We’re sticking to Eastern European countries which are in the EU where our money will go further and we won’t have to pay visa costs. We’ll be focusing on budget travel by taking long bus rides between countries, staying in basic accommodation and making the most of free activities and cheap food. 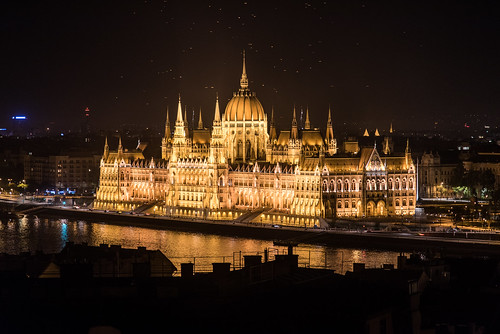 Our tour of Eastern Europe starts with a bus trip to Budapest in Hungary. We’re intrigued by the city’s history and size (it’s one of the largest in the EU), its World Heritage Sites, beautiful parliament building, geothermal springs, castle and reputation as one of the most beautiful cities in Europe. Next we’re headed to Bratislava, the capital of Slovakia where there’s plenty more historic buildings and medieval architecture, castles, cathedrals and baroque palaces to explore. The finale of our trip will be a visit to Prague in the Czech Republic, which has been top of our list of European cities to visit for a long time due to its architecture, castle, multi-cultural history and low cost of living. We’re so excited to get back to our travel roots during our Eastern European tour with some full-on sightseeing in a corner of the world we’ve yet to explore.

Holiday Time in Italy and Spain

The hardest thing about our nomadic lifestyle is missing family and friends back in the UK; you’d think we’d be used to saying goodbye after travelling and living abroad for most of the last three years, but I actually find this harder than I used to. So, we’re happy to be spending some holiday time in Europe with family in late July and early August. Visiting the Colosseum on our first trip to Italy in 2012

First we’re heading back to Italy, a country we visited a few years ago and loved, to hang out with Andrew’s family in a villa in Perugia. We also plan to spend a few days in Florence and we’ll be eating as much pasta and gelato as we possibly can during our two-week stay in Italy. After that we’ll be joining my family in Malaga, Spain, for a week of sunshine, food and pool/beach time; we’re particularly excited about hanging out with our nephew on his first holiday abroad! The biggest news we have to share is that we’ll be returning to Asia in mid-August. This was a hard decision to make since we’d planned to stay in Europe to be closer to family, but in the end we had to listen to our guts and recognise that Asia is the best place for us to be right now in terms of work and living costs. I’ll be writing more about our reasons for returning to Asia and what we’re hoping to achieve there, but for now I can tell you that we’ll be flying into Thailand and making a beeline for one of our favourite Asian cities: Chiang Mai.

What do you think of our upcoming travel plans? Have you been to any of the places we’ve mentioned and can you give us recommendations of things to see/do?